Articoli correlati a 2048: A Diary 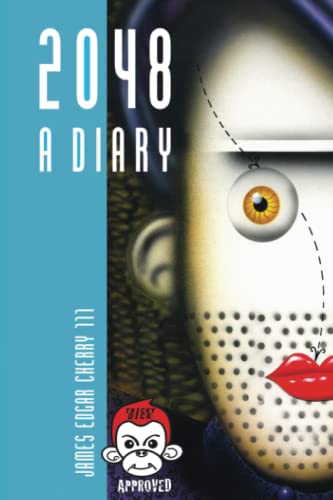 Londoner Ignatius Fumbo is a nutter on the dole with dreams of rock stardom. He cracks up and lands in a mental asylum where he meets brilliant, burnt-out drummer Bedford Vann. Fumbo's life swivels to the beat when they form a band and take on the world. Confused by the band's birth pains, Fumbo flees his mates in order to sort things out. His walkabout through a future England acquaints our hero with a series of subcultures festering in a troubled society.2048: A Diary is written in the form of daily entries as Fumbo adventures through a remarkable year. This novel features a world-class rock star who never shows her face, a trans-Atlantic dirigible ride, a monkey who likes a pint, underwater rock and roll, mental therapy through graphics, unrequited love, requited love, little people who intend to inherit the earth, a Cuban fast food chain bigger than McDonald's, and a religion based on television.

James E. Cherry III grew up moving around. He enjoyed a successful career as an illustrator in Manhattan. Then he bought a computer and started writing. That led to a jobs as senior editor at websites, writing magazine articles, newspaper features, and two non-fiction books. Two of his novels sparkle on Amazon. Coronado is a gritty tale of sex, drugs, and rock 'n roll redeemed in Phoenix, Arizona during the early 1990s. The newest, 2048 : A Diary is a humorous tale of rock 'n roll redemption in a future London.


For assistance with billing questions, please refer to our help page in abebooks. If you cannot find the answers you are seeking or have questions about your order you can contact us by emailing info@russellbooks.com. Responses to emails will be provided as soon as possible. For further information - (250) 361-4447


Shipping prices are based on books weighing 2.2 LB, or 1 KG. Canadian and U.S. orders sent with Automated Package Tracking and delivery confirmation, where available. If your book order is heavy or oversized, we may contact you regarding any extra shipping costs. Thank you! - Russell Books