Articoli correlati a While the Light Lasts

Christie, Agatha While the Light Lasts

While the Light Lasts 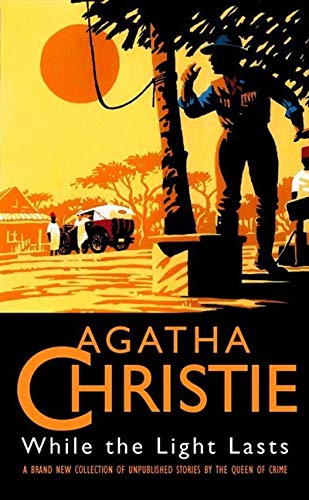 The very last Agatha Christie book, including some of her earliest stories – including her very first – which show the Queen of Crime in the making...

A macabre recurring dream ... revenge against a blackmailer ... jealousy, infidelity and a tortured conscience .. a stolen gemstone ... the haunting attraction of an ancient relic ... a race against time ... a tragic love triangle ... a body in a box ... an unexpected visitor from beyond the grave ...

Nine quintessential examples of Agatha Christie’s brilliance are contained in this new collection of early short stories – including the very first one sh ever wrote – and provide a unique glimpse of the Queen of Crime in the making.

gatha Christie was born in Torquay in 1890 and became, quite simply, the best-selling novelist in history. Her first novel, The Mysterious Affair at Styles, written towards the end of the First World War, introduced us to Hercule Poirot, who was to become the most popular detective in crime fiction since Sherlock Holmes. She is known throughout the world as the Queen of Crime. Her books have sold over a billion copies in the English language and another billion in 44 foreign languages. She is the author of 80 crime novels and short story collections, 19 plays, and six novels under the name of Mary Westmacott.