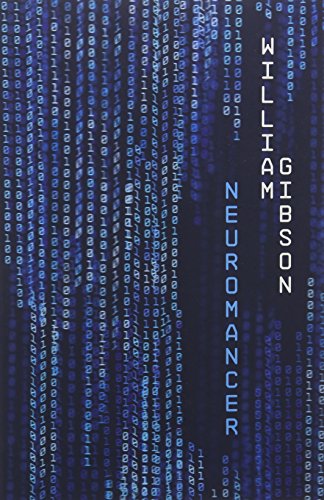 Neuromancer is the most influential science fiction novel of our time. Cyberspace and virtual reality were invented in this book. It changed forever the way we look at tomorrow and was the inspiration behind the blockbuster film The Matrix. In 2009 it celebrates its 25th Anniversary.

William Gibson was born in the United States in 1948. In 1972 he moved to Vancouver, Canada, after four years spent in Toronto. He is married with two children.

The Matrix: a world within a world, a graphic representation of the databanks of every computer in the human system; a consensual hallucination experienced daily by billions of legitimate users in the Sprawl alone. And by Case, computer cowboy, until his nervous system is grievously maimed by a client he double crossed. Japanese experts in nerve splicing and microbionics have left him broken and close to death. But at last Case has found a cure. He’s going back into the system. Not for the bliss of cyberspace but to steal again, this time from the big boys, the almighty megacorps. In return, should he survive, he will stay cured.

Cyberspace and virtual reality were invented in this book. It stands alongside '1984' and 'Brave New World' as one of the twentieth century’s most potent novels of the future.

“Gibson is up your alley. He is a technological fantasist with unparalleled sensitivity ... wired direct to the mains”
NEW MUSICAL EXPRESS

“Set for brainstun ... one of the most unusual and involving narratives to be read in many an artificially blue moon”
THE TIMES

“Case is the Marlowe of the mainframe age”
VOX