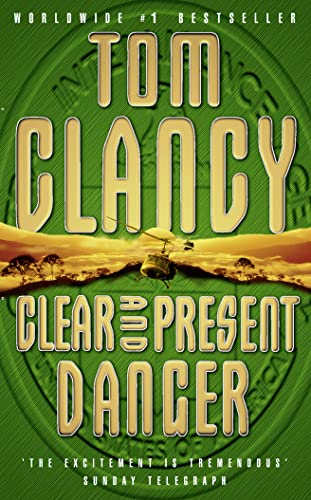 The CIA take on Colombian drug lords in Tom Clancy’s fifth No 1 bestseller – now reissued with a new cover.

Colombian drug lords, tired of being harassed by US law enforcement agents, have assassinated the American Ambassador and the visiting head of the FBI. Their message is clear: leave us alone. But they have pushed too far. The decision is made to send undercover teams into Colombia.

Back in the USA, men armed with the most sophisticated tools their country can devise prepare to take the fight to the enemy. But does anyone know who the real enemy is? Jack Ryan and CIA field officer John Clark must find the answer. They expect danger from without, yet the greatest danger of all may come from within...

From the reviews of Clear and Present Danger:

‘A jump ahead of the headlines – moves with the speed of light.’
New York Times

Since the publication of The Hunt for Red October, Tom Clancy has established an unrivalled position as the world’s leading thriller writer, with a string of million-selling novels and three major Hollywood films to his name. He is also the author of SSN and the non-fiction books Submarine, Armoured Warfare, Fighter Wing and Marine, and the co-creator of the Op-Centre series.