Articoli correlati a The Far Pavilions 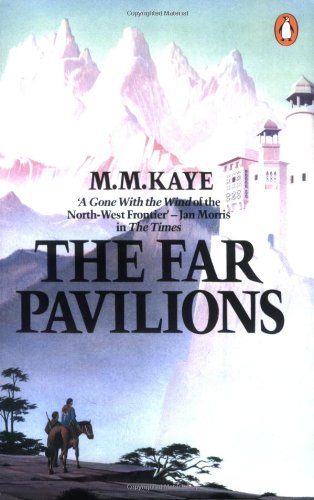 A magnificent romantic/historical/adventure novel set in India at the time of mutiny. The Far Pavilions is a story of 19th Century India, when the thin patina of English rule held down dangerously turbulent undercurrents. It is a story about an English man - Ashton Pelham-Martyn - brought up as a Hindu and his passionate, but dangerous love for an Indian princess. It is the story of divided loyalties, of friendship that endures till death, of high adventure and of the clash between East and West.

To the burning plains and snow-capped mountains of this great, humming continent, M.M. Kaye brings her quite exceptional gift of storytelling and meticulous historical accuracy, plus her insight into the human heart.

Magnificent is the only possible description for The Far Pavilions ... not one of its 950 pages is a page too much (Evening Standard)

A massive, meticulously researched and fascinating saga about the British in India, encompassing a guarter of a century, from the Mutiny up to war with ferocious Afghan tribemen (Sunday Express)

M. M. Kaye (1908-2004) was born and grew up in Simla, India. Her grandfather, father, brother and husband all served the Raj. M. M. Kaye won worldwide fame for The Far Pavilions, which became a best-seller on publication in 1978.
She also wrote a series of detective novels, including Death in Kashmir and Death in Zanzibar, and an autobiography, published in three volumes, collectively entitled Share of Summer: The Sun in the Morning, Golden Afternoon, and Enchanted Evening.