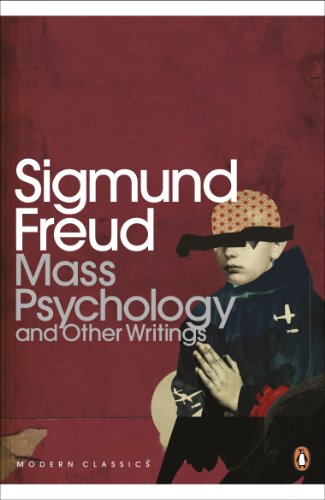 Freud's religious unbeliefs are too easily dismissed as the standard scientific rationalism of the twentieth-century intellectual, yet he scorned the high-minded humanism of his contemporaries. In Mass Psychology and Analysis of the 'I' he explores the notion of 'mass-psychology' - his findings would prove all too prophetic in the years that followed. Writings such as A Religious Experience and The Future of an Illusion continue earlier work on the essential savagery of the civilized mind, and Moses the Man and Monotheistic Religion excavates the roots of religion and racism, which he concludes are inextricably intertwined.

This remarkable collection reveals Freud not only at his most radically pessimistic, but also at his most personally courageous - engaging with his own adherences, his own antecedents, his own identity.

Sigmund Freud was born in 1856 and died in exile in London in 1939. As a writer and doctor he remains one of the informing voices of the twentieth century.

1. Mass Psychology and Other Writings

6. Mass Psychology And Other Writings

Descrizione libro 2009. Paperback. Condizione: New. Paperback. Freud's religious unbeliefs are too easily dismissed as the standard scientific rationalism of the twentieth-century intellectual, yet he scorned the high-minded humanism of h.Shipping may be from our Sydney, NSW warehouse or from our UK or US warehouse, depending on stock availability. 352 pages. 0.249. Codice articolo 9780141182414

8. Mass Psychology: And Other Writings