Articoli correlati a The Undocumented Pc/Book and Disk

The Undocumented Pc/Book and Disk 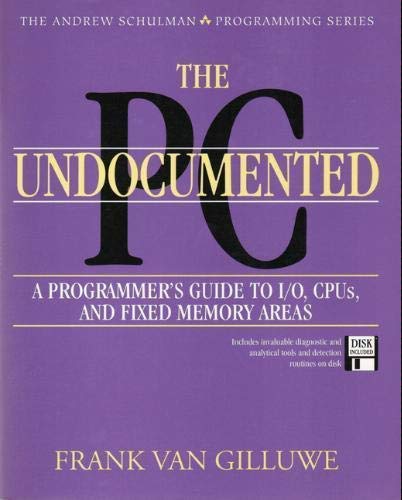 Advanced PC programmers will appreciate this guide to the key hardware elements of the PC, which reveals the undocumented or difficult to find programming features of Input/Output ports, the major Intel chips, and fixed memory areas. Original.

Dalla quarta di copertina: Second Edition
now available!Knowing about the key hardware elements of a PC allows applications programmers to dramatically speed up the execution time of their programs. The Undocumented PC reveals for the first time the undocumented or difficult-to-find programming features of critical PC hardware. In addition, this book provides the only available reference to Input/Output ports, undocumented CPU instructions, fixed memory areas, and much more.

You will find each major subsystem of the PC explained in detail, followed by extensive reference sections that show and explain both documented and undocumented BIOS functions. These are explained in far greater detail than ever before, and cover all the major system architectures including the PC, XT, AT, EISA, and MCA.