Articoli correlati a The Heroic Legends of Denmark (Volume 4)

The Heroic Legends of Denmark (Volume 4) 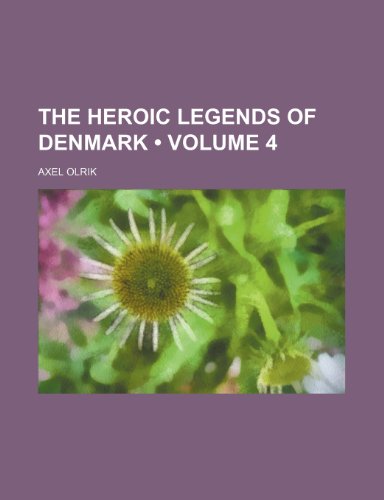 This historic book may have numerous typos, missing text or index. Purchasers can download a free scanned copy of the original book (without typos) from the publisher. 1919. Not illustrated. Excerpt: ... CHAPTER II THE BIARKAMAL 1. TRACES OF HISTORY IN THE BIARKAMAL IN the mind of the Scandinavians during later ages, the memory of these old kings attaches itself chiefly to the Biarkamal. No poem was so great a favorite. We hear of it in Iceland as well as in Denmark; the skald of Olaf the Saint intones it before the battle of Stiklastad (1030), and it resounds in the heroic poetry of Norway as well as in one of the folk songs of the Faroe Islands. The song of praise which Biarki and Hialti chant here about their king, in their last hard fight, determines his fame for all time. His renown as a hero remains the centre and standard of the contents of the saga. His character is felt as a paragon for the kings of historic times.* The Biarkamal is, likewise, our oldest Scandinavian source, and as such is a key to the genesis of the entire body of heroic poetry. The song not only depicts the last struggle about Leire castle; but allusion is made in its dialogues to many previous events. From the song we can therefore gather a number of points concerning Hrolf's history. 1. Hrolf slays the cowardly and avaricious king Hroerik and distributes his gold among his own men. * Cf. below, "The Later History of the Biarkamal" and "The Name of the Biarkamal." 2. Biarki, one of Hrolf s heroes, overcomes a king's son, Agnar Ingialdson, after a desperate struggle. 3. Hrolf makes an expedition to Sweden, in all probability against King Athisl, and in the course of it strews gold on the plain of Fyrisvellir. 4. Hrolf is attacked in Leire during the night by his thane Hiarvarth, supported by an army from Svealand and Gautland; after making brave resistance, Hrolf and his men fall; during the battle the castle is burned down. Of each of these episodes the poem allows us only a glimpse ...