Articoli correlati a Instruments and Experimentation in the History of Chemistry

Instruments and Experimentation in the History of Chemistry

Instruments and Experimentation in the History of Chemistry 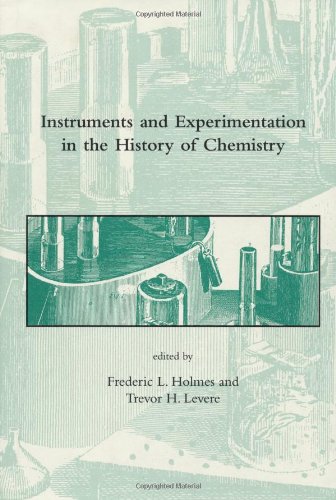 From the days of the alchemists through the creation of the modern laboratory, chemistry has been defined by its instruments and experimental techniques. Historians, however, have tended to focus on the course of chemical theory rather than on the tools and experiments that drove the theory. This volume moves chemical instruments and experiments into the foreground of historical concern, in line with the emphasis on practice that characterizes current work on other fields of science and engineering. The principal themes are: change and stability, precision, the construction and transformation of apparatus, the dissemination of instruments, and the bridging of disciplines through instruments.The essays are divided into three chronological sections: The Practice of Alchemy (reviewing the material and iconographic evidence as well as the written record and the issue of reproducibility of alchemical experiments), From Hales to the Chemical Revolution (discussing significant seventeenth- and eighteenth-century innovations as well as smaller innovations that cumulatively extended the reach and improved the quality of chemical experimentation), and The Nineteenth and Early Twentieth Centuries (discussing the increasingly important role of innovative apparatus as chemistry grew into the first large-scale modern scientific discipline).Contributors : R. G. W. Anderson, Bernadette Bensaude-Vincent, Maurice Crosland, Jan Golinski, Frederic L. Holmes, Trevor H. Levere, Seymour H. Mauskopf, William R. Newman, Mary Jo Nye, Lawrence M. Principe, Alan J. Rocke, Colin A. Russell, William A. Smeaton, Melvyn Usselman.