Articoli correlati a Future Cinema: The Cinematic Imaginary After Film 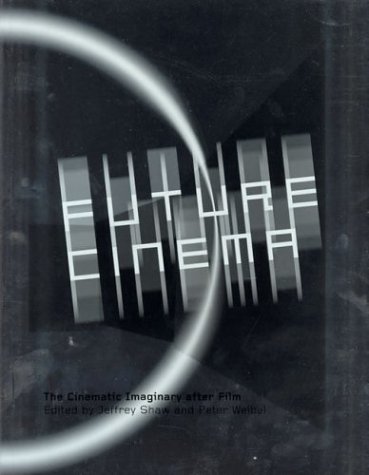 Throughout the history of cinema, a radical avant-garde has existed on the fringes of the film industry. A great deal of research has focused on the pre- and early history of cinema, but there has been little speculation about a future cinema incorporating new electronic media. Electronic media have not only fundamentally transformed cinema but have altered its role as a witness to reality by rendering "realities" not necessarily linked to documentation, by engineering environments that incorporate audiences as participants, and by creating event-worlds that mix realities and narratives in forms not possible in traditional cinema. This hybrid cinema melds montage, traditional cinema, experimental literature, television, video, and the net. The new cinematic forms suggest that traditional cinema no longer has the capacity to represent events that are themselves complex configurations of experience, interpretation, and interaction.

This book, which accompanies an exhibition organized by the ZKM Institute for Visual Media, explores the history and significance of pre-cinema and of early experimental cinema, as well as the development of the unique theaters in which "immersion" evolved. Drawing on a broad range of scholarship, it examines the shift from monolithic Hollywood spectacles to works probing the possibilities of interactive, performative, and net-based cinemas. The post-cinematic condition, the book shows, has long roots in artistic practice and influences every channel of communication.

Descrizione libro Condizione: Good. This is an ex-library book and may have the usual library/used-book markings inside.This book has soft covers. In good all round condition. Please note the Image in this listing is a stock photo and may not match the covers of the actual item,2800grams, ISBN:0262692864. Codice articolo 9392529