Articoli correlati a Inside Out: A Personal History of Pink Floyd

Mason, Nick Inside Out: A Personal History of Pink Floyd

Inside Out: A Personal History of Pink Floyd 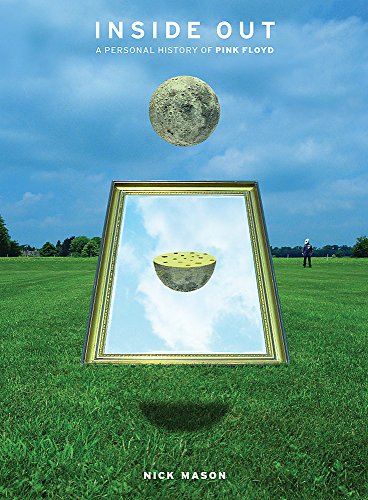 One of the most fascinating rock bands ever, Pink Floyd was formed in 1965. After a year in the London 'underground' experimenting with revolutionary techniques like lights which matched their music, they released their first single in 1966. Their breakthrough album, THE DARK SIDE OF THE MOON, was released in 1973 and stayed in the charts until 1982, the longest a record has ever been continuously in the charts, becoming one of the best-selling albums of all time. In 1975 they released WISH YOU WERE HERE which reached iconic status, then in 1979 THE WALL went to number 1 in almost every country in the world. The movie version of THE WALL starring Bob Geldof was released in 1982, becoming a cult favorite. In the 1980s a rift developed between the band members which culminated in law suits. Only recently have there been reconciliations which have allowed founder member Nick Mason to write his personal take on the band's history.

As charmingly English as Pimms and heatstroke on a balmy summer's day, few Pink Floyd fans will want to miss out on this. (Q magazine Pink Floyd special edition)

... the compelling Pink Floyd soap opera, capably chronicled in drummer Nick Mason's recently published coffee-table memoir Inside Out. In prose that is both self-deprecating and insightful, he grapples with subjects that have often been off-limits... (John Harris THE GUARDIAN)

...one of the greatest stories in the pantheon or rock. The production values of the book reflect those of the Floyd themselves: solid, lavish, heavy, beautifully bound and illustrated... Everything about the design of the book ... has been executed with the utmost care... Even the picture captions have been sculpted into precise, informative and often amusing nuggets of information... [Mason] has a measured uncluttered style which he leavens with a dry, original wit. (David Sinclair THE GUARDIAN)

INSIDE OUT is a winner... glossy and colourful (NEW STATESMAN)

The definitive history of one of the world's great bands by a founder member.

1. Inside Out : A Personal History of Pink Floyd

2. Inside Out : A Personal History of Pink Floyd

3. Inside Out : A Personal History of Pink Floyd Mason, Nick