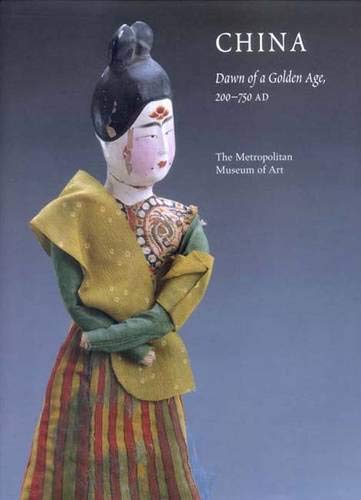 From the fall of the Han dynasty at the turn of the third century to the eventual reunification of the country under the Sui at the turn of the seventh century, China experienced a tumultuous and fascinating political and cultural history. The political fragmentation that occurred between the dynasties and the massive migration of nomadic peoples into China resulted in contact with people from every part of Asia and the introduction of foreign ideas, religion, art forms, and motifs. Out of this grew the magnificent art of Tang China in the early eighth century.

This book is the first comprehensive survey of Chinese art during this complex era. Lavishly illustrated and produced, the volume presents more than three hundred recent archaeological finds: including gold artifacts made by the nomadic peoples from Mongolia, luxury articles of glass and precious metals from Western and Central Asia, early Chinese Buddhist sculptures, and spectacular works in every medium from the Tang period. Essays by distinguished scholars provide a historical background, discuss the various media, and trace the changes in art styles over a period that saw a radical modification of Chinese civilization.

In the great tradition of publications on Chinese art from the Metropolitan Museum, China: Dawn of a Golden Age will become an essential text for years to come.