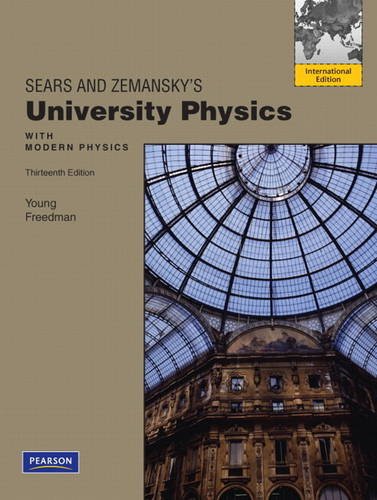 ALERT: Before you purchase, check with your instructor or review your course syllabus to ensure that you select the correct ISBN. Several versions of Pearson's MyLab & Mastering products exist for each title, including customized versions for individual schools, and registrations are not transferable. In addition, you may need a CourseID, provided by your instructor, to register for and use Pearson's MyLab & Mastering products. Packages Access codes for Pearson's MyLab & Mastering products may not be included when purchasing or renting from companies other than Pearson; check with the seller before completing your purchase. Used or rental books If you rent or purchase a used book with an access code, the access code may have been redeemed previously and you may have to purchase a new access code. Access codes Access codes that are purchased from sellers other than Pearson carry a higher risk of being either the wrong ISBN or a previously redeemed code. Check with the seller prior to purchase. --University Physics with Modern Physics, Thirteenth Edition continues to set the benchmark for clarity and rigor combined with effective teaching and research-based innovation. University Physics is known for its uniquely broad, deep, and thoughtful set of worked examples-key tools for developing both physical understanding and problem-solving skills. The Thirteenth Edition revises all the Examples and Problem-Solving Strategies to be more concise and direct while maintaining the Twelfth Edition's consistent, structured approach and strong focus on modeling as well as math. To help students tackle challenging as well as routine problems, the Thirteenth Edition adds Bridging Problems to each chapter, which pose a difficult, multiconcept problem and provide a skeleton solution guide in the form of questions and hints. The text's rich problem sets-developed and refined over six decades-are upgraded to include larger numbers of problems that are biomedically oriented or require calculus. The problem-set revision is driven by detailed student-performance data gathered nationally through MasteringPhysics (R), making it possible to fine-tune the reliability, effectiveness, and difficulty of individual problems. Complementing the clear and accessible text, the figures use a simple graphic style that focuses on the physics. They also incorporate explanatory annotations-a technique demonstrated to enhance learning. This is what is included in the package of ISBN: 0321675460 / 9780321675460 University Physics with Modern Physics with MasteringPhysics (R) Package consists of: 0321696867 / 9780321696861 University Physics with Modern Physics 0321741269 / 9780321741264 MasteringPhysics (R) with Pearson eText Student Access Code Card for University Physics

Hugh D. Young is Emeritus Professor of Physics at Carnegie Mellon University in Pittsburgh, PA. He attended Carnegie Mellon for both undergraduate and graduate study and earned his Ph.D. in fundamental particle theory under the direction of the late Richard Cutkosky. He joined the faculty of Carnegie Mellon in 1956 and has also spent two years as a Visiting Professor at the University of California at Berkeley.

Professor Young’s career has centered entirely on undergraduate education. He has written several undergraduate-level textbooks, and in 1973 he became a co-author with Francis Sears and Mark Zemansky for their well-known introductory texts. With their deaths, he assumed full responsibility for new editions of these books until joined by Prof. Freedman for University Physics.

Professor Young is an enthusiastic skier, climber, and hiker. He also served for several years as Associate Organist at St. Paul’s Cathedral in Pittsburgh, and has played numerous organ recitals in the Pittsburgh area. Prof. Young and his wife Alice usually travel extensively in the summer, especially in Europe and in the desert canyon country of southern Utah.

At UCSB, Dr. Freedman has taught in both the Department of Physics and the College of Creative Studies, a branch of the university intended for highly gifted and motivated undergraduates. He has published research in nuclear physics, elementary particle physics, and laser physics. In recent years, he has helped to develop computer-based tools for learning introductory physics and astronomy. When not in the classroom or slaving over a computer, Dr. Freedman can be found either flying (he holds a commercial pilot’s license) or driving with his wife, Caroline, in their 1960 Nash Metropolitan convertible.

A. Lewis Ford is Professor of Physics at Texas A&M University. He received a B.A. from Rice University in 1968 and a Ph.D. in chemical physics from the University of Texas at Austin in 1972. After a one-year postdoc at Harvard University, he joined the Texas A&M physics faculty in 1973 and has been there ever since. Professor Ford’s research area is theoretical atomic physics, with a specialization in atomic collisions. At Texas A&M he has taught a variety of undergraduate and graduate courses, but primarily introductory physics.