Articoli correlati a Strangerland: A Family at War

Strangerland: A Family at War 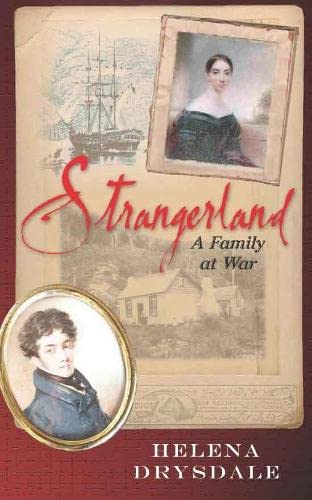 In 1834, twenty-four-year-old Isabella Campbell left England for India, and within two weeks of joining her brother in Bengal had married his best friend. A dashing cavalry officer in the East India Company, Charles Gascoyne swept his young wife on a tour of garrisons, hill stations and vast military cavalcades, to battlefields and beyond.
But after the birth of her ninth baby, Isabella fell ill, and Charles insisted the family should leave India. Not rich enough to buy land back Home, instead he persuaded her they should embark on a new life a pioneers in a nascent British colony on the other side of the world: New Zealand.
For the sake of her health, Isabella was sent back to England, while Charles went ahead with the children and their governess. When Isabella joined them a year later she found that far from being welcomed, the governess had taken over both the household and Charles's heart. Buried in the bush, they were soon mired in scandal and a power struggle that would tear the family apart.
While battle clouds massed over the Gascoyne family, so New Zealand itself disintegrated into war as British settlers fought the native Maori - and very nearly lost. For Isabella the public became personal when her son Fred was caught up in a massacre perpetrated by a notorious Maori warrior-prophet. When the Gascoynes were joined by their nephew Bamber, more terror lay in store.
Now, a hundred and fifty years on, Helena Drysdale has uncovered a collection of surviving documents and woven together the facts and fabric of her cousins' lives to create a map of one family's journey. This romantic and ultimately tragic tale, set against the little-known turmoil of the Maori Wars (now known as the New Zealand Land Wars), traverses oceans and continents to touch three corners of the empire at the moment that empire was taking shape. Strangerland, a true story, spans two generations while illuminating the story of their times.

Helena Drysdale is the author of four highly acclaimed travel books: Alone Through China and Tibet, Dancing with the Dead, Looking for George: Love and Death in Romania (which was shortlisted for the Esquire/Apple/Waterstone's Non-Fiction Award and the J.R. Ackerley Award for Autobiography) and Mother Tongues: Travels in Tribal Europe. She lives in Somerset.

1. Strangerland: A Family at War

2. STRANGERLAND: A FAMILY AT WAR

3. Strangerland: A Family at War