Articoli correlati a The Return 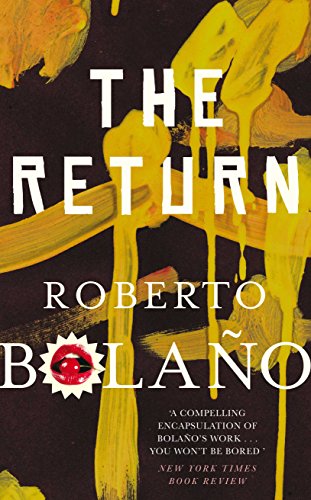 One of the remarkable qualities of Bolano's short stories is that they seem to tell what Bolano called `the secret story', `the one we'll never know'. The Return contains thirteen unforgettable tales bent on returning to haunt you, most of them appearing in English for the first time here. Wide-ranging, suggestive, and daring, a Bolano story is just as likely to concern the unexpected fate of a beautiful ex-girlfriend, the history of a porn star or two embittered police detectives debating their favourite weapons: his plots go anywhere and everywhere and they always surprise. Consider the title piece: a young party animal collapses in a Parisian disco and dies on the dance floor; just as his soul is departing his body, it realizes strange doings are afoot - and what follows next defies the imagination (except Bolano's own, of course). This treasure trove of disquieting short master-works from the giant of Latin American literature perfectly encapsulates `the fact that Bolano writes with such elegance, verve and style and is so immensely readable' (Guardian).

'When he died in 2003, the Chilean novelist was barely known in the English-speaking world. Since then, he has come to be recognised as one of the finest writers of his generation, winning praise from literary critics including James Wood and Susan Sontag. His most celebrated work is the 900-page postmodern epic 2666...A newly translated book of short stories The Return (published by Picador on 30th of August) offers a less daunting but equally rich introduction to Bolano s huge body of work.' --Prospect

"Bolaño's lively storytelling keeps us compelled whether he uses dialogue, monologue or third-person reportage. Each tale turns the reader into a voyeur, grasping at snapshots of troubled lives and ghosts." --Observer New Review