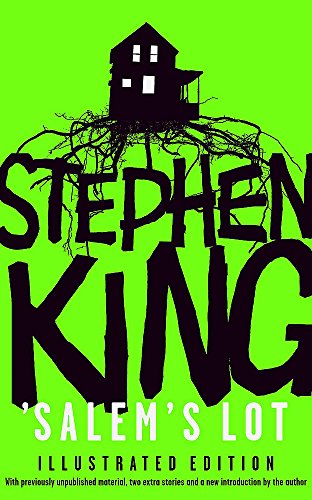 Upon its initial publication in 1975, 'SALEM'S LOT, with its 'intended echoes of Dracula', was recognized as a landmark work. The novel has sold millions of copies in various editions. Now, with the addition of fifty pages of material deleted from the 1975 manuscript as well as material that has since been modified by King, an introduction by him, and two short stories related to the events of the novel, this edition represents the text as the author envisioned it. It also features lavishly creepy photographs by acclaimed photographer Jerry Uelsmann, printed interior endpapers, and a stunning page design.

A writer of excellence...King is one of the most fertile storytellers of the modern novel (Sunday Times)

Stephen King is one of America's finest writers (Scotsman)

One of the great storytellers of our time (Guardian)

Stephen King has written over 40 books and novellas, including CARRIE, THE STAND, RITA HAYWORTH AND THE SHAWSHANK REDEMPTION (from the collection DIFFERENT SEASONS), BAG OF BONES, ON WRITING, CELL and LISEY'S STORY. He won America's prestigious National Book Award. He lives with his wife, novelist Tabitha King, in Maine, USA.