Articoli correlati a Tonight the Streets Are Ours

Sales, Leila Tonight the Streets Are Ours

Tonight the Streets Are Ours 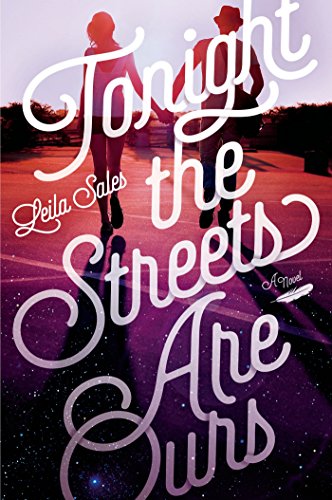 Recklessly loyal. That's how seventeen-year-old Arden Huntley has always thought of herself. Taking care of her loved ones is what gives Arden purpose in her life and makes her feel like she matters. But lately she's grown resentful of everyone--including her needy best friend and her absent mom--taking her loyalty for granted.

Then Arden stumbles upon a website called Tonight the Streets Are Ours, the musings of a young New York City writer named Peter, who gives voice to feelings that Arden has never known how to express. He seems to get her in a way that no one else does, and he hasn't even met her.
Until Arden sets out on a road trip to find him.

Leila Sales is the author of the novels This Song Will Save Your Life, Mostly Good Girls, and Past Perfect.
This Song Will Save Your Life garnered two starred reviews, was included on the American Library Association's Best Fiction for Young Adults list, was one of Bank Street College of Education's Best Books of the Year, and was listed as one of the Best YA Books of 2013 by Buzzfeed.com. It has been published in ten foreign countries, and it has been optioned for stage and film development.
Leila grew up outside of Boston, Massachusetts, and graduated with a degree in psychology from the University of Chicago. When she's not writing, she spends her time thinking about sleeping, kittens, chocolate, and how to get more of all of them. Leila lives in Brooklyn, New York, and works in children's book publishing.

1. Tonight the Streets Are Ours: A Novel