Articoli correlati a Design with nature 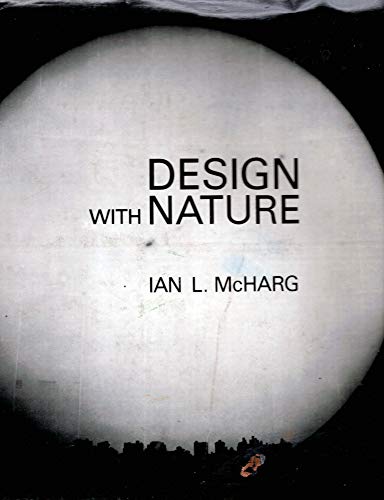 From the Back Cover:

"In presenting us with a vision of organic exuberance and human delight, which ecology and ecological design promise to open up for us, McHarg revives the hope for a better world." —Lewis Mumford

". . . important to America and all the rest of the world in our struggle to design rational, wholesome, and productive landscapes." —Laurie Olin, Hanna Olin, Ltd.

". . . an enduring contribution to the technical literature of landscape planning and to that unfortunately small collection of writings which speak with emotional eloquence of the importance of ecological principles in regional planning." —Landscape and Urban Planning

In the twenty-five years since it first took the academic world by storm, Design With Nature has done much to redefine the fields of landscape architecture, urban and regional planning, and ecological design. It has also left a permanent mark on the ongoing discussion of mankind's place in nature and nature's place in mankind within the physical sciences and humanities. Described by one enthusiastic reviewer as a "user's manual for our world," Design With Nature offers a practical blueprint for a new, healthier relationship between the built environment and nature. In so doing, it provides nothing less than the scientific, technical, and philosophical foundations for a mature civilization that will, as Lewis Mumford ecstatically put it in his Introduction to the 1969 edition, "replace the polluted, bulldozed, machine-dominated, dehumanized, explosion-threatened world that is even now disintegrating and disappearing before our eyes."

IAN L. McHARG was the founder of and is professor emeritus in the Department of Landscape Architecture and Regional Planning at the University of Pennsylvania. Known as the father of ecological planning, his landmark design projects include The Woodlands, Texas, and Amelia Island, Florida. Professor McHarg has received numerous honorary degrees and awards, including The National Medal of Art, presented by President Bush in 1990.