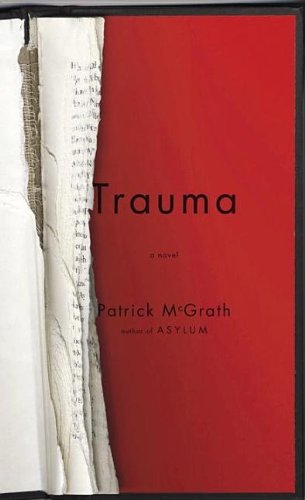 Hailed by the San Francisco Chronicle as "an uncommon storyteller [with a] trademark ability to probe the layers of the human psyche," Patrick McGrath has written his most addictive and enthralling novel yet.

Charlie Weir's family is comprehensively dysfunctional — abandoned by his father, his mother ravaged by that betrayal, and his brother, Walt, a successful artist, less Charlie's ally than his rival. So it's hardly surprising that he should find a vocation in psychiatry in New York City, counseling traumatized war veterans returning home from Vietnam. Agnes Magill, the sister of one damaged soldier, soon becomes Charlie's wife. But the suicide of her brother, Danny, ends the marriage, leaving Charlie to endure a corrosive loneliness even as Manhattan grows steadily more dirty and dangerous around him.

Then, in the haunting aftermath of Charlie's mother's death, Agnes returns to offer him the solace that he has never been able to provide for her. Almost simultaneously, he is presented with a quite different anodyne — a volatile woman whose irresistible beauty, tinged though it is with an air of grievous suffering, jeopardizes everything he has hoped might restore his dwindling faith in his calling, his future and himself.

As Charlie's hold on sanity weakens, and events conspire to send him reeling headlong toward the abyss, the themes of family, passion and madness - by now synonymous with Patrick McGrath's writing — rightly assume "the inevitability of myth," as Tobias Wolff has written of his work, in "fiction of a depth and power we hardly hope to encounter anymore." A genuine psychological thriller, Trauma is an experience at once unnerving, unsettling and utterly riveting.

"Trauma is Patrick McGrath at his dark-hearted best....[It] reminds you of how satisfying it is to be unable to put a book down — and then, when it's over, to be sorry and relieved to enter your own comparatively unhaunted life." –O, The Oprah Magazine

"Beautifully crafted and paced, Trauma can be viewed as either a superb psychological thriller or as a masterly evocation of modern alienation and despair...a terrific literary entertainment." –The Washington Post

Patrick McGrath is the author of six previous novels, including Asylum and Spider, and two collections of stories. He lives in New York.

Descrizione libro Hardcover. Condizione: Near Fine. Condizione sovraccoperta: Very Good. 1st Edition. Doubleday Canade 2008 First Edition Hard Cover Near Fine in Very Good Dust Jacket (tiny tear at top front corner) 8vo-over 7ľ"-9ľ" tall. Inscribed by Author on the full title page. No remainder markings. No folds or marks. Patrick McGrath is a Poe for our times, the first postmodern-gothic storyteller. Drawn from the mind's most unruly nightmares and macabre alcoves, his elegantly bizarre fiction is laden with shimmering images of sensuality touched with subtle humor and irony, rich with atmospheric prose which stretches the limits of gothic horror-creating unforgettable literature. " Hailed by the "San Francisco Chronicle" as "an uncommon storyteller [with a] trademark ability to probe the layers of the human psyche, " Patrick McGrath has written his most addictive and enthralling novel yet. Inscribed by Author(s). Codice articolo 000280