Articoli correlati a Greuze and the Painting of Sentiment

Barker, Emma Greuze and the Painting of Sentiment

Greuze and the Painting of Sentiment 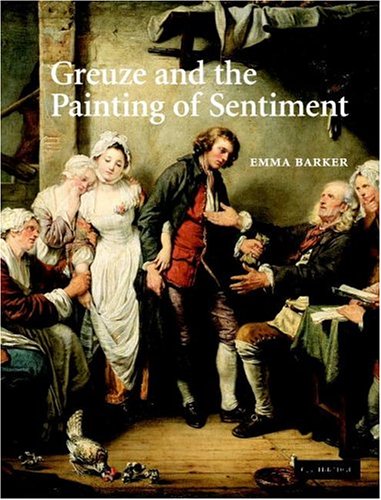 This book provides a reassessment of the work of the eighteenth-century French painter, Jean-Baptiste Greuze, and reconstructs the wider movement in French painting of which he was the leading figure. Drawing on a wide range of contemporary sources, from literature and philosophy to political economy and medical discourse, it offers new interpretations of Greuze's work that help to account for the extraordinary popularity and high reputation that he enjoyed in his own lifetime. It shows that the scenes of family life that he exhibited in the Paris Salon between 1755 and 1769 exemplified and promoted an enlightened social vision. It also charts the subsequent evolution of Greuze's imagery, as he shifted towards darker and more sensational scenes of family conflict, and argues that the more challenging aspects of his vision were toned down by younger artists, who appropriated the painting of sentiment to serve a more conservative agenda.

'Barker's cultural approach to a reassessment of Greuze has effectively recontextualised the artist's early paintings. It also provides an illuminating insight into the social, political and artistic milieu of mid-eighteenth-century French life, in which these paintings were made and admired.' The Art Book

'Emma Barker's book ... adds a great deal ... [she] offers rich and complex readings of the artist's most familiar paintings. ... Barker adds layers of nuance and detail to the easy associations often claimed for Greuze's art and 'enlightened' values ... deeply researched ...' The Burlington Magazine

This book provides a reassessment of the work of the eighteenth-century French painter, Jean-Baptiste Greuze, and reconstructs the wider movement in French painting of which he was the leading figure. It argues that his work promoted an enlightened social vision that was watered down by other, younger artists.

1. Greuze And Painting Of Sentiment Hb

2. Greuze and the Painting of Sentiment