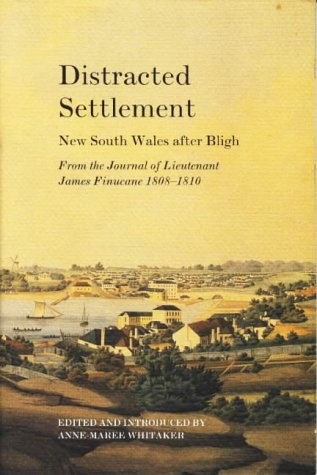 The journal of James Finucane provides a new and valuable insight into life in the colony of New South Wales in the period between the deposition of Governor William Bligh and the arrival of his successor, Lachlan Macquarie.
From 1808 to 1810 Finucane, a lieutenant in the New South Wales Corps, was secretary to Lieutenant Governor Joseph Foveaux who acted as the colony's administrator after Bligh's overthrow by members of the corps.
Finucane's account of events in New South Wales begins with Foveaux's arrival from England and his discovery that Bligh had been placed under arrest. It continues with an account of Foveaux's decision to assume the administration of the colony himself rather than reinstate Bligh - a decision which eventually saw the withdrawal of the New South Wales Corps and the appointment of the reformist Macquarie.
The journal, which Dr. Anne-Maree Whitaker found among the Earl of Inchiquin's papers in the National Library of Ireland, is an important record of the period which has not previously been published.