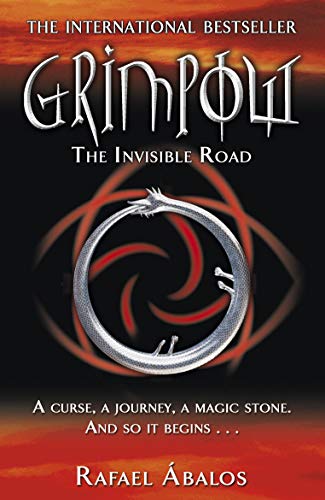 Grimpow had no idea who the dead man was, but hidden in his leather bag was a treasure that would change his life for ever. Ruby and emerald encrusted daggers, silver coins, jewels, and a letter with a golden seal depicting a snake swallowing its own tail. And clutched in the man's firm grip - a stone. A stone that will shape Grimpow's destiny. For when he holds it in his hand strange things begin to happen. Visions of places he's never been fill his mind and he's able to read the strange language in the letter and a message meant for someone else entirely.

So begins his journey with the stone. A centuries' long journey that has driven sane men crazy, turned peaceful men to violence, and made strong men powerless. No man has ever unlocked its secrets. But no boy has ever tried.

"Full of adventures with lots of exciting bits" (Teen Titles)

An epic journey following a young boy, Grimpow, and his quest to discover the secrets of a magical stone.