Articoli correlati a Coming Back 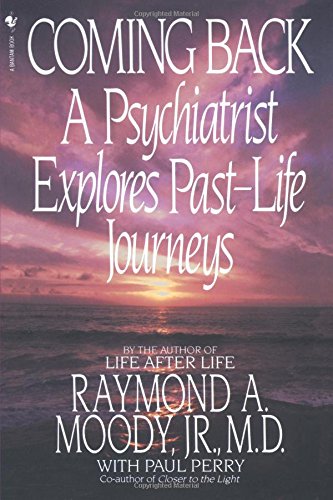 Dr. Raymond Moody’s pioneering research of near-death experiences changed the way we perceive dying. In Coming Back, he examines the field of regression hypnosis to discover if we can indeed recall “past lives”—and what such memories tell us about the possibility that death is not the end.

Dr. Moody presents the startling findings of research conducted on psychologically healthy patients who, under deep hypnosis, could describe in vivid detail episodes from other historical periods they could not possibly have known—unless they’d lived before! Once a confirmed skeptic, in April 1986 Dr. Moody himself underwent a deep hypnotic trance that dramatically changes his belief about past-life regression. Inside you’ll learn:

Paul Perry is the co-author of several New York Times bestsellers, including Closer to the Light, Transformed by the Light, and Saved by the Light, which was made into a popular movie by Fox TV. His books have been published in more than thirty languages around the world. In 1986 Perry's interest in the effects and meaning of near-death experiences led to a professional involvement with Dr. Raymond Moody, considered to be the founder of near-death studies. The two have written five books together—Paranormal, Glimpses of Eternity, The Light Beyond, Coming Back, and Reunions.