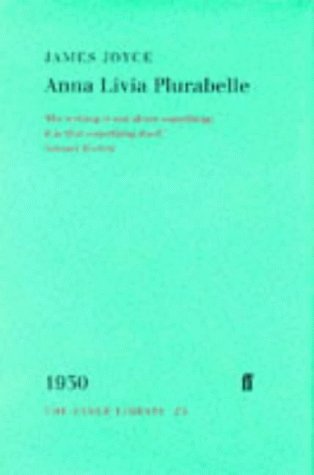 One of a series of titles first published by Faber between 1930 and 1990, and in a style and format planned with a view to the appearance of the volumes on the bookshelf. This episode from "Finnegans Wake" was the first section of that work to be published in England.

James Joyce was born in Rathgar, Dublin, in 1882. In 1904 he and Nora Barnacle (whom he married in 1931) left Ireland for Trieste. Abroad, free from the restrictions he felt in Ireland, Joyce felt compelled to write of his native land, producing Dubliners (1914) and A Portrait of the Artist as Young Man (1916). During World War I, he lived in Zurich from 1915 to 1919, and in 1920 moved to Paris, where he spent most of the rest of his life. Towards the end of December 1939 James Joyce and Nora Barnacle left Paris for a small village near Vichy and ultimately settled in Zurich, where he died in January 1941. His major works, pioneering the 'stream of consciousness' style, are the novels Ulysses (1922) and Finnegans Wake (1939).