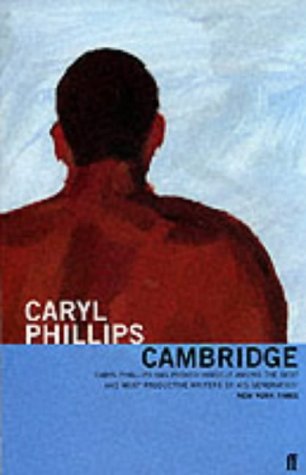 In Cambridge Caryl Phillips explores the feelings of uncertainty that defined the period of time between the abolition of the slave trade and the emancipation of the slaves. It is the powerful and haunting story of Emily Cartwright, a young Englishwoman sent to visit her father's plantation in the West Indies, and of Cambridge, the plantation slave struggling to maintain his dignity in a transient world.

Caryl Phillips was born in St Kitts, West Indies, in 1958. Brought up in England, he has written for television, radio, theatre and the screen.$$$He is the author of numerous books of fiction and non-fiction, including The Final Passage, Higher Ground, Cambridge, Crossing the River (shortlisted for the 1993 Booker Prize), The Nature of Blood, A State of Independence, Atlantic Sound and The European Tribe. He is also the editor of Extravagant Strangers and The Right Set, an anthology of writing on tennis. His adaptation of The Final Passage was directed by Peter Hall and screened by Channel Four. His awards include the Martin Luther King Memorial Prize, a Guggenheim Fellowship, and a James Tait Black Memorial Prize. Since 1998 he has been Professor of English and Henry R. Luce Professor of Migration and Social Order at Barnard College, Columbia University. He divides his time between homes in the UK and the USA.

Descrizione libro Paperback. Condizione: Used; Good. Dispatched, from the UK, within 48 hours of ordering. This book is in good condition but will show signs of previous ownership. Please expect some creasing to the spine and/or minor damage to the cover. Aged book. Tanned pages and age spots, however, this will not interfere with reading. Damaged cover. The cover of is slightly damaged for instance a torn or bent corner. Codice articolo CHL6768989

Descrizione libro Condizione: Very Good. This book is in very good condition and will be shipped within 24 hours of ordering. The cover may have some limited signs of wear but the pages are clean, intact and the spine remains undamaged. This book has clearly been well maintained and looked after thus far. Money back guarantee if you are not satisfied. See all our books here, order more than 1 book and get discounted shipping. . Codice articolo 7719-9780571204076

Descrizione libro Paperback. Condizione: Very Good. Explores the feelings of uncertainty that defined the period of time between the abolition of slavery and the emancipation of the slaves. It is the story of Emily Cartwright, an Englishwoman sent to visit her father's plantation in the West Indies, and of Cambridge, a plantation slave. The book has been read, but is in excellent condition. Pages are intact and not marred by notes or highlighting. The spine remains undamaged. Codice articolo GOR002783163

Descrizione libro Condizione: Very Good. Shipped within 24 hours from our UK warehouse. Clean, undamaged book with no damage to pages and minimal wear to the cover. Spine still tight, in very good condition. Remember if you are not happy, you are covered by our 100% money back guarantee. Codice articolo 6545-9780571204076