Articoli correlati a QI: The Book of General Ignorance

QI: The Book of General Ignorance 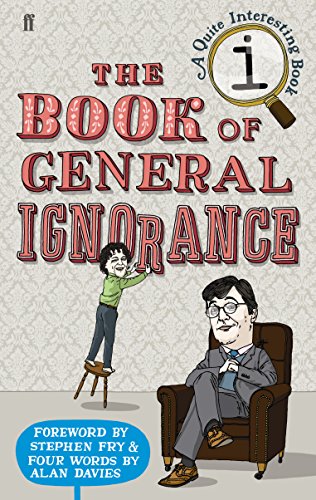 How much do we really know about anything? It’s a question which has obsessed philosophers, scientists, and men in pubs for most of human history. Thomas Edison thought we knew less than one millionth of one percent about anything; Mark Twain thought it would take eight million years to master mathematics alone; Ambrose Bierce believed knowledge was just the small bit of ignorance we arrange and classify. So, we don’t know that much. But, as someone else once said, it isn’t what you don’t know that does you harm, it’s what you know that’s wrong. Enter The Book of General Ignorance, a book that sets out, calmly and humbly, to show you that a lot of what you think you know is wrong, incorrect, piffle, nonsense. If, like Alan Davies, you still think the Henry VIII had six wives, the earth has only one moon, that George Washington was the first president of the USA, that Bangkok is the capital of Thailand, that the largest living thing is a blue whale, that Alexander Graeme Bell invented the telephone, that whisky and bagpipes come from Scotland or that Mount Everest is the world’s tallest mountain, then there are at least 200 reasons why this is the book for you.

John Lloyd has a broadcasting background. As a radio producer he devised The News Quiz and To the Manor Born before moving to television to start Not the Nine O'Clock News, Spitting Image, and Blackadder. If pressed, he'd concur with Heraclitus: 'abundance of knowledge does not teach men to be wise.'

1. The Book Of General Ignorance :

2. QI: The Book of General Ignorance