Articoli correlati a The Clique: A Novel of the Sixties

Mount, Ferdinand The Clique: A Novel of the Sixties

The Clique: A Novel of the Sixties 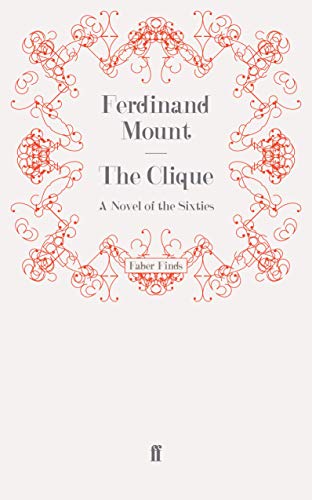 'We're a group, like in Mary McCarthy', says one of the girls in the Clique. On the other hand, their style may remind you more of Evelyn Waugh's Bright Young Things. And their know-all panache has a touch of J. D. Salinger's quiz-kid Glass family. But The Clique is unmistakably a satire for its own time. Gunby Goater, an up-and-coming reporter, 'hot or at any rate warmish' from the provinces, arrives in Fleet Street, keen for a taste of the fabulous Sixties. His assignment at the deathbed of the Last Great Englishman leads him into a series of adventures with the Clique, who alternately humiliate and delight him. From the author of The Man Who Rode Ampersand, The Clique is a novel of exuberant wit trained sharply, though not without affection, upon a variety of phonies, conmen, topers and hacks.

Ferdinand Mount was born in 1939 and won scholarships to Eton, Christ Church, Oxford and Vienna University. Novelist, The Sunday Times columnist and Conservative Party politician, Mount was head of the policy unit in 10 Downing Street in 1982-83, during the time when Margaret Thatcher was Prime Minister, and wrote the 1983 Tory general election manifesto. For 11 years (1991-2002) he was editor of the Times Literary Supplement. Today, he is a regular contributor to Standpoint magazine. He lives in London.

1. The Clique: A Novel of the Sixties