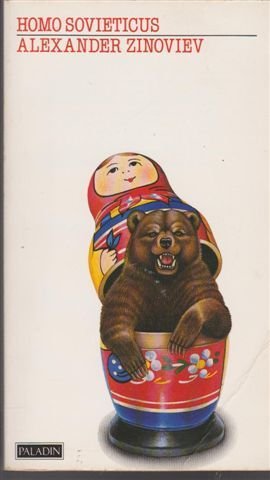 Descrizione libro Paladin, 1986. Paperback. Condizione: New. UNUSED, LIKE NEW, NOT EX-LIBRARY, shows signs of shelfwear, 272 pages. How can the Soviet Union subjugate the West? Easy. Step up production of tedious dissidents and send them to colonize the capitalist powers. And how is the West to defend itself? Put a mammoth sale at giveaway prices in the path of the Russian tanks. These are the suggestions of Alexander Zinoviev in this brilliant novelistic collage, midway between philosophical treatise and departmental report, on the emergence of a new and higher species of humanity. Homo Sovieticus -homosos for short -is distinguished by resourcefulness, flexibility and a readiness 'to shift his moral position to suit his circumstances'. The type isn't exclusive to the Soviet Union, however, and Zinoviev's satire is equally directed at the complacent hypocrisy and ignorance of the West on Soviet matters. 'A sardonic meditation on the USSR's attitude to its emigres, and the West's attitudes to its immigrcV Anthony Burgess the observer 'The style is easy, unbuttoned, comically exaggerative' SUNDAY TIMES This sinister spoof. should be read by all politicians' DAILY TELEGRAPH Also by Alexander Zinoviev in Paladin The Reality of Communism 189. book. Codice articolo 3475