Articoli correlati a Miles: The Autobiography 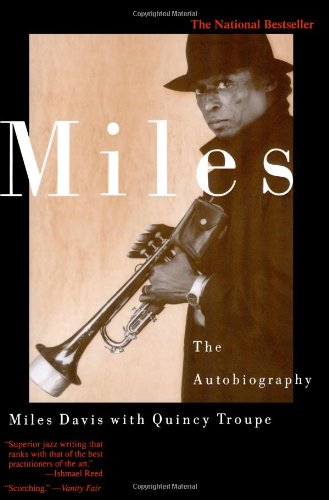 For more than forty years Miles Davis has been in the front rank of American music. Universally acclaimed as a musical genius, Miles is one of the most important and influential musicians in the world. The subject of several biographies, now Miles speaks out himself about his extraordinary life.

Miles: The Autobiography, like Miles himself, holds nothing back. For the first time Miles talks about his five-year silence. He speaks frankly and openly about his drug problem and how he overcame it. He condemns the racism he has encountered in the music business and in American society generally. And he discusses the women in his life. But above all, Miles talks about music and musicians, including the legends he has played with over the years: Bird, Dizzy, Monk, Trane, Mingus, and many others.

The man who has given us some of the most exciting music of the past few decades has now given us a compelling and fascinating autobiography, featuring a concise discography and thirty-two pages of photographs.

San Francisco Chronicle This is not just any book. As with everything else he has done, Davis's work as writer is likely to raise controversy. The book could well be subtitled "Miles Tells All" for this volume is crammed with juicy gossip about most of the key figures in modern jazz.

Clive Davis President, Arista Records [Miles] was and is the master, and his book is must reading for any student or fan of music.

The Atlantic With Miles, Davis proves to be his own most perceptive critic.

Miles Davis is forever the innovator, not only as a musician, but in other realms. His artistic impressions in oil paintings and sketches have drawn critical acclaim and have been shown in galleries around the world. "Sir" Miles Davis was inducted into the Knights of Malta in November 1988. In November 1984, he received the Sonning Music Award for lifetime achievement in music, and in March 1990, his twenty-fourth Grammy Award, this time for lifetime achievement in music.

Quincy Troupe is a poet, journalist, and teacher. He won the 1980 American Book Award for poetry. He has published essays and articles in Essence, the Village Voice, Newsday, Spin, Musician, and many other publications. He was the editor of James Baldwin: The Legacy, and is a professor at the College of Staten Island (City University of New York) and at Columbia University.

The authors received a 1990 American Book Award for Miles.