Articoli correlati a A Passage to India

A Passage to India 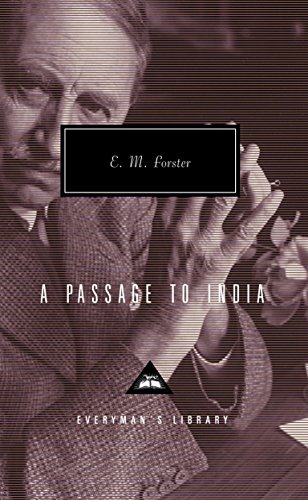 Britain’s three-hundred-year relationship with the Indian subcontinent produced much fiction of interest but only one indisputable masterpiece: E. M. Forster’s A Passage to India, published in 1924, at the height of the Indian independence movement. Centering on an ambiguous incident between a young Englishwoman of uncertain stability and an Indian doctor eager to know his conquerors better, Forster’s book explores, with unexampled profundity, both the historical chasm between races and the eternal one between individuals struggling to ease their isolation and make sense of their humanity.

“A Passage to India is one of the great books of the twentieth century and has had enormous influence. We need its message of tolerance and understanding now more than ever. Forster was years ahead of his time, and we ought to try to catch up with him.” –Margaret Drabble

“The crystal clear portraiture, the delicate conveying of nuances of thought and life, and the astonishing command of his medium show Forster at the height of his powers.” –The New York Times

“[Forster is] a supreme storyteller . . . The novel seems to me more completely ‘achieved’ than anything else he wrote.” –from the new Introduction by P. N. Furbank

Edward Morgan Forster was born in London in 1879, attended Tonbridge School as a day boy, and went on to King’s College, Cambridge, in 1897. With King’s he had a lifelong connection and was elected to an Honorary Fellowship in 1946. He declared that his life as a whole had not been dramatic, and he was unfailingly modest about his achievements. Interviewed by the BBC on his eightieth birthday, he said: ‘I have not written as much as I’d like to . . . I write for two reasons: partly to make money and partly to win the respect of people whom I respect . . . I had better add that I am quite sure I am not a great novelist.’ Eminent critics and the general public have judged otherwise and in his obituary The Times called him ‘one of the most esteemed English novelists of his time’.He wrote six novels, four of which appeared before the First World War, Where Angels Fear to Tread (1905), The Longest Journey (1907), A Room with a View (1908), and Howard’s End (1910). An interval of fourteen years elapsed before he published A Passage to India. It won both the Prix Femina Vie Heureuse and the James Tait Black Memorial Prize. Maurice, his novel on a homosexual theme, finished in 1914, was published posthumously in 1971. He also published two volumes of short stories; two collections of essays; a critical work, Aspects of the Novel; The Hill of Devi, a fascinating record of two visits Forster made to the Indian State of Dewas Senior; two biographies; two books about Alexandria (where he worked for the Red Cross in the First World War); and, with Eric Crozier, the libretto for Britten’s opera Billy Budd. He died in June 1970.

1. A Passage to India

2. A Passage to India

3. A Passage to India (Hardback or Cased Book)

4. A Passage to India

5. A Passage to India

6. A Passage to India

7. A Passage to India

8. A Passage to India

9. A Passage to India