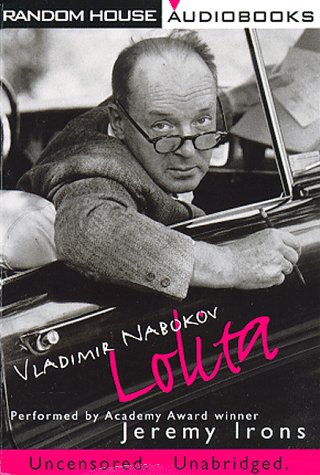 "The only convincing love story of our century." —Vanity Fair

"Lolita blazes with a perversity of a most original kind. For Mr. Nabokov has distilled from his shocking material hundred-proof intellectual farce...Lolita seems an assertion of the power of the comic spirit to wrest delight and truth from the most outlandish materials. It is one of the funniest serious novels I have ever read; and the vision of its abominable hero, who never deludes or excuses himself, brings into grotesque relief the cant, the vulgarity, and the hypocritical conventions that pervade the human comedy." —Atlantic Monthly

"The conjunction of a sense of humor with a sense of horror [results in] satire of a very special kind, in which vice or folly is regarded not so much with scorn as with profound dismay and a measure of tragic sympathy...The reciprocal flow of irony gives to both the characters and their surroundings the peculiar intensity of significance that attends the highest art." —The New Yorker

"Lolita is an authentic work of art which compels our immediate response and serious reflection–a revealing and indispensable comedy of horrors." —San Francisco Chronicle
From the Hardcover edition.

One of the twentieth century's master prose stylists, Vladimir Nabokov was born in St. Petersburg in 1899. He studied French and Russian literature at Trinity College, Cambridge, then lived in Berlin and Paris, where he launched a brilliant literary career. In 1940 he moved to the United States and achieved renown as a novelist, poet, critic, and translator. He taught literature at Stanford, Wellesley, Cornell, and Harvard.  In 1961 he moved to Montreux, Switzerland, where he died in 1977.

Jeremy Irons plays the role of Humbert Humbert in the latest film version of Lolita.  He has also starred in such films as Stealing Beauty, The French Lieutenant's Woman and Reversal of Fortune, for which he won an Academy Award.