Articoli correlati a Open Borders, Nonalignment, and the Political Evolution...

Open Borders, Nonalignment, and the Political Evolution of Yugoslavia 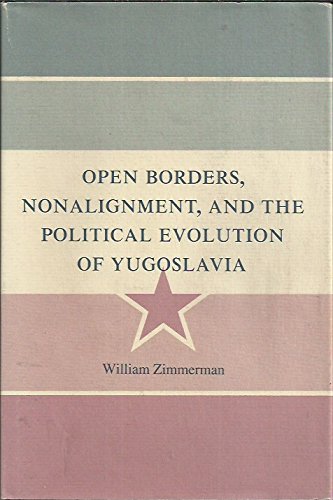 Zimmerman asks. 'What difference does it make for Yugoslavia's political evolution that it exists in an international environment as well as a domestic one?" Presenting a lucid analysis of the mutual influence of external and internal factors in Yugoslav politics, he pays special attention to the political significance of the one million Yugoslavs who have crossed the country's borders to work in capitalist Western Europe. Originally published in 1987. The Princeton Legacy Library uses the latest print-on-demand technology to again make available previously out-of-print books from the distinguished backlist of Princeton University Press. These editions preserve the original texts of these important books while presenting them in durable paperback and hardcover editions. The goal of the Princeton Legacy Library is to vastly increase access to the rich scholarly heritage found in the thousands of books published by Princeton University Press since its founding in 1905.