Articoli correlati a The Female Man 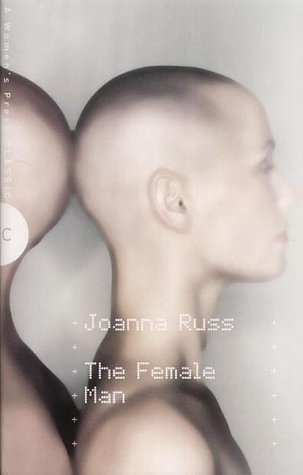 The Female Man is a suspenseful, surprising and darkly witty chronicle of what happens when Jeannine, Janet, Joanna and Jael - four alternative selves from drastically different realities - meet. Joanna's world is like our own, Jeannine's world is even poorer & grungier, a place where neither World War II nor its resulting developments of technology have happened. Janet - the explorer - comes from 'Whileaway' where men have died off, leaving a world without the 'poisonous binary' of gender. Finally we meet Jael, warrior and assassin, who takes the other three to where the final war between men and women is being waged. The Female Man, Joanna Russ' innovative science fiction novel, caused a furore when first published in the 1970s - it has a power that has stayed fresh, witty and WEIRD. A welcome new edition of a book that now looks as good as it reads.

Descrizione libro The Women's Press Ltd, 2002. Paperback. Condizione: Good. Darkened tan to page edges Good condition is defined as: a copy that has been read but remains in clean condition. All of the pages are intact and the cover is intact and the spine may show signs of wear. The book may have minor markings which are not specifically mentioned. Most items will be dispatched the same or the next working day. Codice articolo wbb0014381964