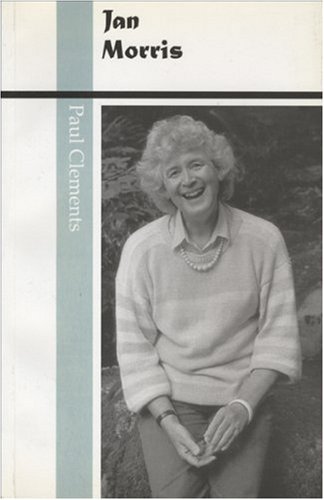 Jan Morris, travel-writer, critic, journalist, historian, biographer and novelist, has been a celebrated figure on the literary scene for almost fifty years. Her triumphant evocation of the social atmosphere of the British Empire has made her trilogy, Pax Britannica, a major work of literary history. Her books on Wales communicate her love for the country, a feeling which she has described as her supreme pleasure.
Paul Clements's book is the first major study of Jan Morris and provides a fascinating account of both her descriptive writing and her extraordinary life.

Paul Clements is a BBC radio and television journalist based at BBC Belfast. He has also worked for the BBC World Service and BBC Television News in London. He also sits on the National Executive Council for the National Union of Journalists, as well as its Broadcasting Industrial Council. He is a Fellow of Green College, Oxford. he lives in Belfast and he was born in Augher, County Tyrone. His previous publications includeIrish Shores: a Journey Round the Rim of Ireland.

Descrizione libro University Of Wales Press, 1998. Condizione: Good. This is an ex-library book and may have the usual library/used-book markings inside.This book has soft covers. In good all round condition. Please note the Image in this listing is a stock photo and may not match the covers of the actual item,300grams, ISBN:9780708314708. Codice articolo 8382844

Descrizione libro University of Wales Press, 1998. Condizione: Good. A+ Customer service! Satisfaction Guaranteed! Book is in Used-Good condition. Pages and cover are clean and intact. Used items may not include supplementary materials such as CDs or access codes. May show signs of minor shelf wear and contain limited notes and highlighting. Codice articolo 0708314708-2-4

Descrizione libro University of Wales Press, 1998. Paperback. Condizione: GOOD. Has little wear to the cover and pages. Contains some markings such as highlighting and writing. Supplemental materials are not guaranteed with any used book purchases. Codice articolo 0708314708_abe_gd