Articoli correlati a The Barefoot Navigator: Navigating with the skills...

Jack Lagan The Barefoot Navigator: Navigating with the skills of the ancients

The Barefoot Navigator: Navigating with the skills of the ancients 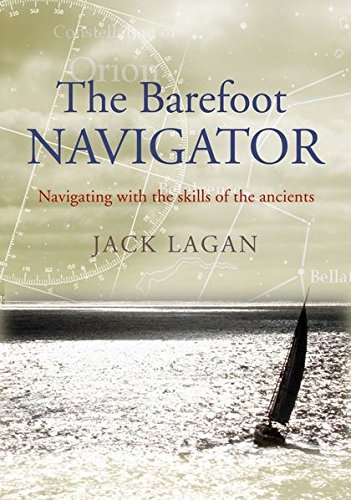 The Barefoot Navigator is an unusual and fascinating exploration of the skills of navigation employed by the ancients and transferrable to the present day. The first half of the book investigates the navigation capabilities of seafarers long before modern navigation instruments or charts became available. For example, how did the Polynesians manage to populate an area of ocean larger than North America simply by analysing clouds, currents, wind direction, sun, stars and the flight patterns of ocean birds? And how did the Vikings routinely travel between Iceland, Greenland and Scandinavia - huge tracts of treacherous water? The second part of the book analyses how the techniques of the ancients can be employed by 21st century seafarers to supplement today's navigational hardware - especially in survival situations. This is a unique analysis of practical technology-free navigation, whose techniques can easily be employed by modern navigators to supplement their personal navigation skills in order to just 'know' where they are. It will fascinate navigators and landlubbers alike.

This is a most refreshing book about navigation. Forget for a moment GPS and stand on deck using just your own senses.'', --Gaffers Log (September 2006)

''A refreshingly different book which not only encourages seafarers to develop greater skills and knowledge of the world around them for the satisfaction this imparts, but reduces their dependency on technological gadgetry. Learning the navigation skills of our ancestors may not only be for interest, it could even save your life. The Barefoot Navigator' is highly recommended.'', --New Milton Advertiser (September 2006)

'Fascinating reading for long passages.'', Yachting Monthly (August 2006) ''This differs from every other navigation book and contains important principles overlooked by the official yachting navigation texts.'', Canoeist (November 2006) ''A fascinating read, presented in a clear format which is almost guaranteed to make the reader want to ""give it a go"" when next at sea, or to at least do more star gazing.'', World Cruising Club Magazine (Autumn/Winter 2006) 'Make sure you can find your way through the waves and wakes of the ocean by getting stuck into this fascinating read.', --Welsh Coastal Life

Jack Lagan has been sailing since the 1960s on everything from 14ft dinghies to 30m Baltic Traders around the world. When not living-aboard, fitting navigation systems and helping with yacht deliveries, he is a writer and documentary film-maker.'

1. Barefoot Navigator 1st edition: Navigating with the Skills of the Ancients