Articoli correlati a Farming in the Future

Graham, Ian Farming in the Future

Farming in the Future 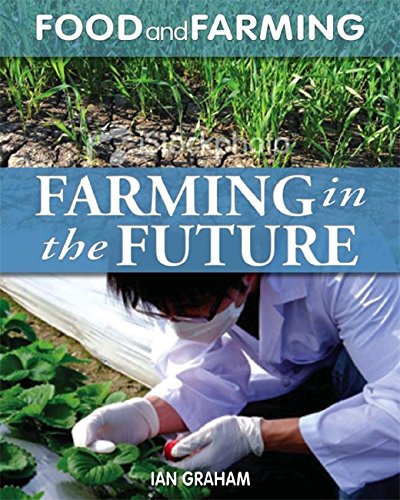 From the farming methods in the developed world and the impact of cash crop farming in developing countries to the processing and transporting of food and the impact of animal diseases, this series covers all aspects of food farming and production around the world. It looks at their impact on the environment and the high-tech ways in which our food may be produced in the future.
The series covers:
Environmental themes, such as food miles, sustainable farming, habitat destruction, and soil erosion
The ethics of animal farming and animal rights
The contents of processed foods and other nutritional issues surrounding food production
The future of farming and farming technology, such as GM foods, nano foods and robot pickers

The series examines some of the critical issues facing farmers today and discusses how we might feed the growing world population in the future.

Ian Graham has written more than one hundred non-fiction books and numerous magazine articles on video, computers, electronics and communications. After taking a degree in applied physics and a post-graduate diploma in journalism at the City University, London, he worked for three years as an editor in consumer electronics magazines before turning freelance. His book 'How it works: Helicopters' received a commendation in that year's Science Book Prizes and he has also had books selected as 'Books for the Teen Age' by the US Library of Congress.

1. Farming in the Future (Food and Farming)