Articoli correlati a A Good Hanging 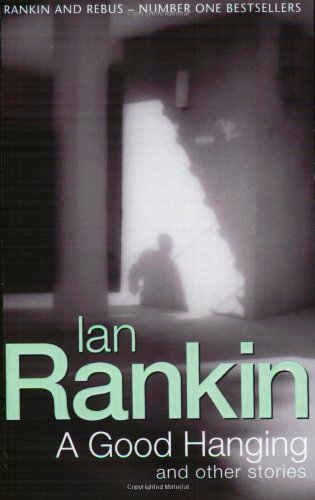 Edinburgh is a city steeped in history and tradition, a seat of learning, of elegant living, known as the 'Athens of the North'.

But that isn't all. The city's flip-side is a city of grudges, blackmail, violence, greed and fear - where past and present clash and old wounds fester. In any year Detective Inspector John Rebus can expect gang warfare, murder, assault and battery at the very least.

In this collection he investigates the hanging of a student actor during the Festival, an arson attack on a bird watcher and the witnessing of an apparent miracle...

Twelve Inspector Rebus mysteries from the award-winning, No.1 bestselling author.

Born in the Kingdom of Fife in 1960, Ian Rankin graduated from the University of Edinburgh in 1982, and then spent three years writing novels when he was supposed to be working towards a PhD in Scottish Literature. His first Rebus novel was published in 1987, and the Rebus books are now translated into thirty-six languages and are bestsellers worldwide.Ian Rankin has been elected a Hawthornden Fellow, and is also a past winner of the Chandler-Fulbright Award. He is the recipient of four Crime Writers' Association Dagger Awards including the prestigious Diamond Dagger in 2005. In 2004, Ian won America's celebrated Edgar Award for Resurrection Men. He has also been shortlisted for the Anthony Award in the USA, won Denmark's Palle Rosenkrantz Prize, the French Grand Prix du Roman Noir and the Deutscher Krimipreis. Ian Rankin is also the recipient of honorary degrees from the universities of Abertay, St Andrews, Edinburgh, Hull and the Open University.A contributor to BBC2's Newsnight Review, he also presented his own TV series, Ian Rankin's Evil Thoughts. Rankin is a number one bestseller in the UK and has received the OBE for services to literature, opting to receive the prize in his home city of Edinburgh, where he lives with his partner and two sons. www.ianrankin.net Twitter @Beathhigh

Descrizione libro Orion Pub Co, 1998. Condizione: Good. A+ Customer service! Satisfaction Guaranteed! Book is in Used-Good condition. Pages and cover are clean and intact. Used items may not include supplementary materials such as CDs or access codes. May show signs of minor shelf wear and contain limited notes and highlighting. Codice articolo 0752809431-2-4

Descrizione libro Orion, 1998. Mass Market Paperback. Condizione: Used; Good. Dispatched, from the UK, within 48 hours of ordering. This book is in good condition but will show signs of previous ownership. Please expect some creasing to the spine and/or minor damage to the cover. Codice articolo CHL1012420

Descrizione libro Orion, 1998. Mass Market Paperback. Condizione: Used; Good. Dispatched, from the UK, within 48 hours of ordering. This book is in good condition but will show signs of previous ownership. Please expect some creasing to the spine and/or minor damage to the cover. Damaged cover. The cover of is slightly damaged for instance a torn or bent corner. Codice articolo CHL4005700