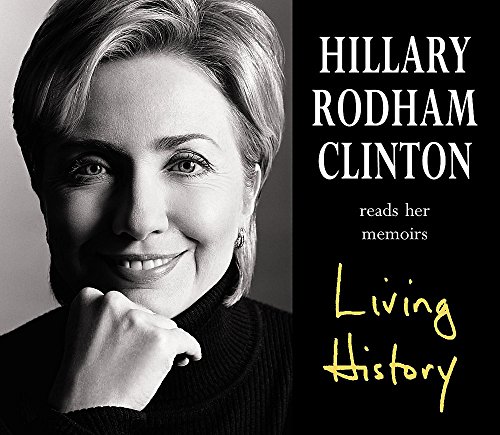 One of the most intelligent and influential women in America reflects on her eight years as First Lady of the United States in a revealing book -personal, political and newsmaking. During her husband's two administrations, Hillary Rodham Clinton redefined the position of First Lady. Strong-willed, impassioned, fiercely loyal, yet strikingly independent, Mrs Clinton inspired an unprecedented level of scrutiny and conjecture from the media and political foes. How this intensely private woman not only survived but prevailed is the dramatic tale of her book. Hillary Clinton looks back on her singular journey through the political and cultural arenas of American life. She shares the untold story of her White House years and recalls the challenging process by which she came to define herself as a wife, a mother, and a formidable politician in her own right. Mrs Clinton was the first First Lady who played a direct role in shaping domestic policy; she was an unofficial ambassador for human rights and democracy around the world; and she helped save the Presidency during the impeachment crisis.

Hillary Clinton was brought up in Chicago and educated at Wellesley College and Yale after which she practised as a lawyer and was a children's rights activist. She married Bill Clinton in 1975 and became America's First Lady when he was elected President in 1993. She was elected Senator for New York in 2000.