Articoli correlati a Ansel Adams at 100 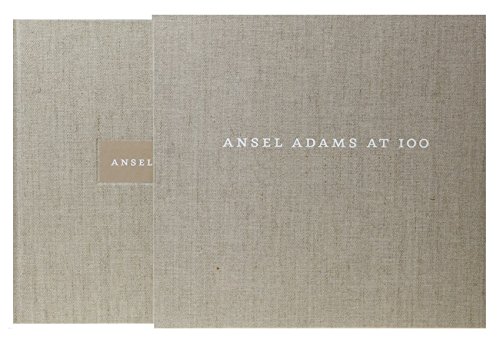 A volume published in honor of the late landscape photographer's one hundredth birthday accompanies a major international exhibit of his work and showcases 114 of his most distinctive photographic images, complemented by critical essays on Adams's contributions as a modern artist. 75,000 first printing.

"Long after the museum tour of Ansel Adams at 100 ends, this book will endure as a vital document of his vast contribution to the art of landscape."

"[Adams] probably did as much as any artist of the 20th century to shape the American psyche, to change our perception of the world...These pictures strive for classical purity, order, and finality."

In a career that spanned more than five decades, Ansel Adams was at once America's foremost landscape photographer and one of its most ardent environmentalists.

John Szarkowski, is Director Emeritus of the Department of Photography, The Museum of Modern Art, New York. His book of photographs of the buildings of Louis Sullivan was recently reissued by Bulfinch Press. Szarkowski lives in East Chatham, NY, and New York City.