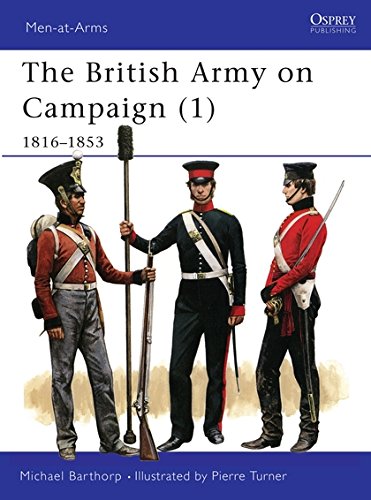 Although the period between the end of the Napoleonic Wars and the Crimean War has been called 'the long peace', as far as the British Army (and the Honourable East India Company) were concerned, it was to see an almost continual series of campaigns and expeditions across the world. Most were fought in the defence, or further expansion, of the British Empire. This first of four volumes by Michael Barthorp detailing the British Army on campaign from 1815-1902, centres on the campaigns in the eventful period from 1816-53: the regiments which took part; the tactics employed; and the changing nature of uniforms and equipment.

Michael Barthorp was educated at Wellington College and was commissioned into the Rifle Brigade in 1946. Demobilised in 1948, he served as a Territorial with The Royal Hampshire Regiment before rejoining the Regular Army in The Northamptonshire Regiment to continue a family tradition, ending his career with the Royal Anglian Regiment in 1968. He has since published numerous books on the British Army history and costume, including nine titles for the Men-at-Arms series. He lives in Jersey, Channel Islands. Pierre Turner has illustrated various titles for Osprey. He lives and works in Devon.