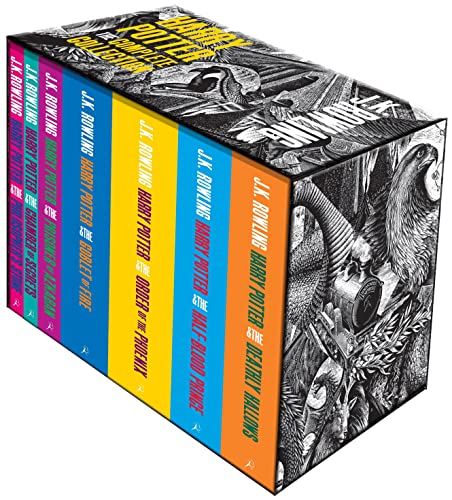 Harry Potter and the Philosopher's Stone was J.K. Rowling's first novel - the first of seven extraordinary novels published over the following ten years. She has also written three books for charity inspired by the Harry Potter novels: Fantastic Beasts and Where to Find Them, Quidditch Through the Ages and The Tales of Beedle the Bard. The Harry Potter novels have now sold over 450 million copies worldwide and been translated into 72 languages. In 2012 she published her first book for adults, The Casual Vacancy. J.K. Rowling has generated huge popular appeal for her books across the generations in an unprecedented fashion: she was the first children's author to be voted the BA Author of the Year, and also to win the British Book Awards Author of the Year. J.K. Rowling lives with her family in Edinburgh.