Articoli correlati a The Art of Ponyo

Miyazaki, Hayao The Art of Ponyo

The Art of Ponyo 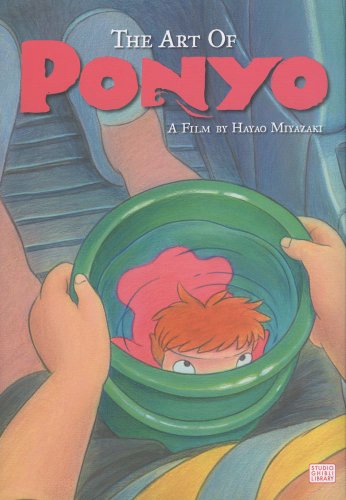 · The character of Ponyo – a goldfish who becomes a young girl – is very, very cute.

· Ponyo will likely be more popular than prior Miyazaki films at the US box office; we can also expect DVD sales of more than 500,000 (Spirited Away did 400,000 after release).

Relive the story of Ponyo and Sosuke in this full-color movie art book!


From the animators of Howl's Moving Castle, Princess Mononoke and Academy Award winnerSpirited Away, comes the new Studio Ghibli film Ponyo on the Cliff by the Sea.
Ponyo on the Cliff by the Sea, loosely based on Hans Christian Andersen's The Little Mermaid, is a hand-drawn feature-length film. The art of the film involves not only cel, but also striking watercolor and pastel concept sketches and layout pages. Interviews with productiin principals about their daring choice to hand draw a film in the age of CGI and the screenplay complete the package.

Hayao Miyazaki is one of Japan's most beloved animation directors. In September 2005 he was awarded the Venice International Film Festival's Golden Lion Award for Lifetime Achievement, and his Studio Ghibli received the Festival's Osella Award for overall achievement in 2004. Miyazaki's films include Spirited Away, winner of the 2002 Academy Award® for Best Animated Feature Film, as well asPrincess Mononoke, My Neighbor Totoro and Howl's Moving Castle, all of which have received great acclaim in the U.S. Miyazaki's other achievements include the highly regarded manga seriesNausicaä of the Valley of the Wind, which is published in English by VIZ Media.Nausicaä, like many of the director's movies, is now available on DVD in the U.S.

The Art of Ponyo (PONYO ON THE CLIFF)