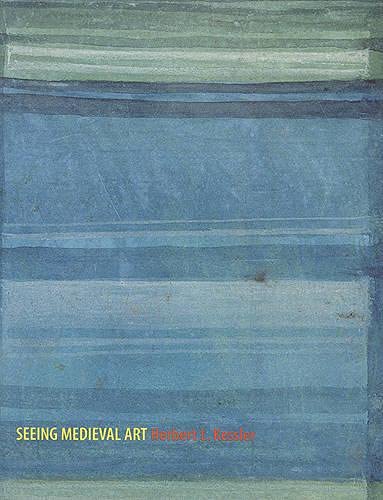 A Note About the Cover: "Evangeliary of St. Andreas of Cologne." (AE 679, fol. 126v, Hessisches Landesmuseum Darmstadt. Reprinted by permission). This eleventh-century manuscript demonstrates a trend of the High Middle Ages in which transcendental contemplation was initiated by abstract means. Here, thin washes of celestial colors elevate the animal flesh itself, the vellum on which words and pictures are elsewhere inscribed, to guide the viewer's thoughts from the physical world toward (though not all the way to) the invisible God.

How did medieval people see art? How was it made, paid for, and used? Why was it necessary to social activities including teaching, civic processions, and missionary work, as well as to architecture and books?

With 12 color plates and 54 plates in all, Seeing Medieval Art looks at art's functions and traces many crucial developments including the development of secular art and historical narrative, and the emergence of individual portraiture.

This is the first title in a series called Rethinking the Middle Ages, which is committed to re-examining the Middle Ages, its themes, institutions, people, and events with short studies that will provoke discussion among students and medievalists, and invite them to think about the middle ages in new and unusual ways. The series editor, Paul Edward Dutton, invites suggestions and submissions.