Articoli correlati a If I Did it

If I Did it 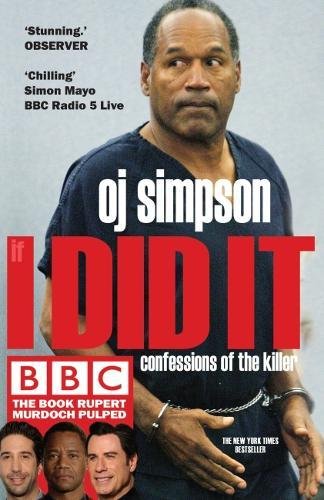 'The bereaved families have [the] last word.' Independent --m

The Estate of Ron Goldman was awarded the copyright of OJ Simpson's IF I DID IT in August 2007. Kim Goldman is Ron Goldman s sister. She is the director of a youth charity. She worked on publication of this book with her father, Fred Goldman, and wrote an introduction to If I Did It. Pablo Fenjves took the interviews for IF I DID IT. He was a neighbour of Nicole Brown Simpson s and a witness at the murder trial who heard the howling of her dog Kato. His contribution was not in the original plan for the book. Dominick Dunne was given a special seat at the murder trial by Judge Ito, and attended every day for Vanity Fair. He previously won praise for his coverage of the murder trial of the Menendez brothers and that of his own daughter.

2. If I Did it: Confessions of the Killer