Articoli correlati a The Gold Bug 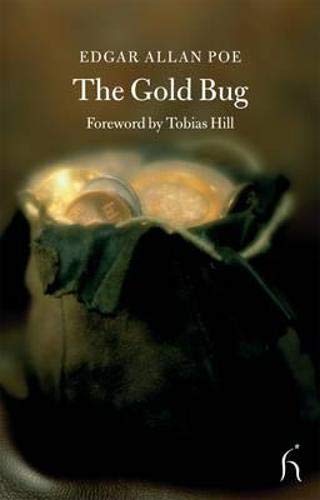 Believing William Legrand to have gone insane following an insect bite, his friend initially decries his quest for gold as the ramblings of a madman. Yet when Legrand's conviction fails to waiver, they set off on a bizarre journey, accompanied by Jupiter, Legrand's loyal and equally skeptical servant. What follows is a strange tale of coded messages, hidden treasure, and uncanny prophecy that will both enthrall and baffle even the most perceptive readers.Part horror story, part detective fiction, The Gold Bug is an ingenious tale bearing all the hallmarks of Poe's extraordinary narrative skill. It is presented here withThe Sphinx, a similarly themed and equally disturbing short story. Wonderfully versatile as an author and best known for his tales of terror and the macabre, Edgar Allan Poe (18091849) holds a venerable place in the history of American literature.

'Can you read Poe and not be moved by him? You know you want to. You know he wants you to. If you can lose yourself, if you can step into the skins of his victims and monsters, then you will feel everything he wants you to feel the melancholy and misery, the joy and joylessness, the humour and the horror and the beauty' --Tobias Hill

An extremely versatile writer best known for his tales of terror and the macabre,Edgar Allan Poe holds a remarkable place in the history of American literature. Poet and novelistTobias Hill was named as one of the Poetry Book Society's 'Next Generation' poets in 2004. His latest poetry collection is 'Nocturne in Chrome and Sunset Yellow'.

Descrizione libro Hesperus Press, 2007. Paperback. Condizione: Good. Connecting readers with great books since 1972. Used books may not include companion materials, some shelf wear, may contain highlighting/notes, may not include cdrom or access codes. Customer service is our top priority!. Codice articolo S_285395896