Articoli correlati a Bede: On The Nature of Things and On Times: 56

Bede Bede: On The Nature of Things and On Times: 56

Bede: On The Nature of Things and On Times: 56 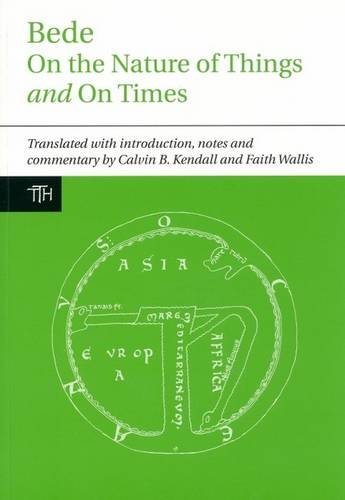 The Venerable Bede composed On the Nature of Things (De natura rerum) and On Times (De temporibus) at the outset of his career, about AD 703. Bede fashioned himself as a teacher to his people and his age, and these two short works show him selecting, editing, and clarifying a mass of difficult and sometimes dangerous material. He insisted that his reader understand the mathematical and physical basis of time, and though he was dependent on his textual sources, he also included observations of his own. But Bede was also a Christian exegete who thought deeply and earnestly about how salvation-history connected to natural history and the history of the peoples of the earth. To comprehend his religious mentality, we have to take on board his views on "science"- and vice versa. On the Nature of Things is a survey of cosmology. Starting with Creation and the universe as a whole, Bede reads the cosmos downwards from the heavens, through the atmosphere, to the oceans and rivers of earth. This order (recapit

Accurate, elegant, utterly clear and easily accessible, even for readers who lack expertise in the relevant disciplines. The Commentaries and Appendices shed floods of light on Bede's mental processes and expertise, and will represent a very significant landmark in Bedan studies. The book, in short, will be a wonderful addition to the series of TTH. --Professor Michael Lapidge, University of Cambridge

1. Bede: On the Nature of Things and On Times (Translated Texts for Historians LUP)