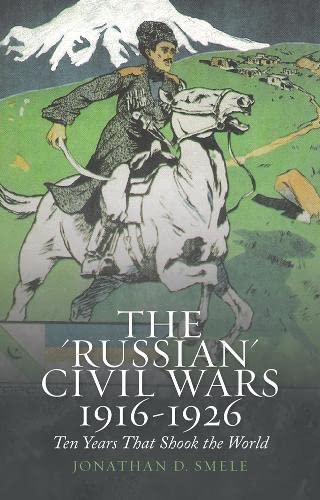 This volume offers a comprehensive and original analysis and reconceptualisation of the compendium of struggles that wracked the collapsing Tsarist empire and the emergent USSR, profoundly affecting the history of the twentieth century. Indeed, the reverberations of those decade-long wars echo to the present day -- not despite, but because of the collapse of the Soviet Union, which re-opened many old wounds, from the Baltic to the Caucasus. Contemporary memorialising and 'de-memorialising' of these wars, therefore form part of the book's focus, but at its heart lie the struggles between various Russian political and military forces which sought to inherit and preserve, or even expand, the territory of the tsars, overlain with examinations of the attempts of many non- Russian national and religious groups to divide the former empire. The reasons why some of the latter were successful (Poland and Finland, for example), while others (Ukraine, Georgia and the Muslim Basmachi) were not, are as much the author's concern as are explanations as to why the chief victors of the 'Russian' Civil Wars were the Bolsheviks.Tellingly, the work begins and ends with battles in Central Asia - a theatre of the 'Russian' Civil Wars that was closer to Mumbai than it was to Moscow.

'Analytical, colourful and not only clearly researched but beautifully written, Smele s work is vivid and important, expounding as it does the acute significance of the Russian civil war for the history of the world today.' --The Spectator

'Ambitious and thought-provoking new book ... offers an interesting corrective to depictions of a unitary Russian civil war ... This work presents a masterful synthesis of the best English and Russian language scholarship on the subject' --Times Higher Education

'A stupendous book, as readable as it is scholarly. A leading authority presents an engaging narrative and a penetrating analysis of a key episode in Russian and world history.' --Paul Dukes, Emeritus Professor of History, University of Aberdeen

Jonathan D. Smele teaches Russian and European history at Queen Mary, University of London and has published extensively on the Russian revolutions and civil wars. For a decade, he was editor of the journal Revolutionary Russia. His most recent work is the two-volume Historical Dictionary of the 'Russian' Civil Wars, 1916 - 1926.