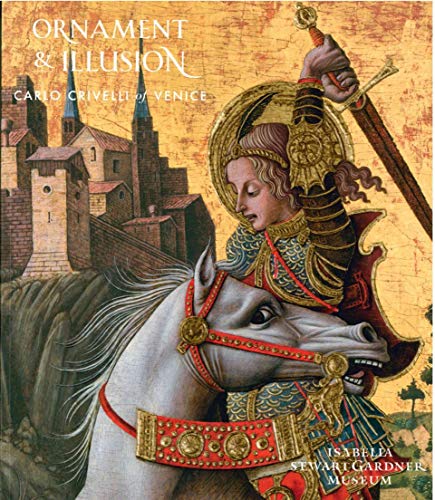 Accompanying an exhibition at the Isabella Stewart Gardner Museum in Boston, this catalogue explores one of the most important but historically neglected painters of the Italian Renaissance, Carlo Crivelli (c. 1435–c. 1495). Venetian by birth but shaped by formative experiences in Padua, Crivelli embarked on a career that spanned both sides of the Adriatic. His extraordinary success led to a virtual monopoly in the Marches, where he dominated the market for towering altarpieces and jewel-like paintings for private devotion in the second half of the fifteenth century. Pushing the boundaries between painting and sculpture, his works are distinguished by their radically expressive compositions, luxuriant ornamental display and bravura illusionism.Seven essays challenge the prevailing view of Crivelli as a provincial artist working in an anachronistic ‘Gothic’ style, investigate the remarkable facture of his paintings, and shed new light on his rediscovery by collectors. Repositioning Crivelli’s contributions within wider developments in the history of western art, Stephen J. Campbell (Johns Hopkins University), C. Jean Campbell (Emory University), Thomas Golsenne (École Nationale Supérieure d’Art de Nice), and Alison Wright (University College London) reveal his artistic ambition. Crivelli is reevaluated as an experimental artist who masterfully manipulated the surfaces of his paintings into visionary encounters with the divine, forged a modern icon, and offered a powerful alternative to new models of painting associated with Florence. Gianfranco Pocobene (Isabella Stewart Gardner Museum) examines the technical facility that underpins Crivelli’s dazzling pictorial effects and publishes the results of the first ever technical analysis on the Gardner’s Saint George and the Dragon. Essays by Francesco De Carolis (Università di Bologna) and Oliver Tostmann (Wadsworth Athenaeum) investigate the painter’s critical fortunes. The former explores the dispersal of Crivelli’s works in nineteenth-century Italy and their role in shaping his modern reputation, while the latter examines the American taste for Crivelli in the early twentieth century.The catalogue reflects the iconographic range of his images. Entries written by a team of scholars in Europe and the United States include new insights and up-to-date bibliography for twenty-three paintings and Crivelli’s only surviving drawing on paper.