Articoli correlati a Cities and Forms : On Sustainable Urbanism

Cities and Forms : On Sustainable Urbanism 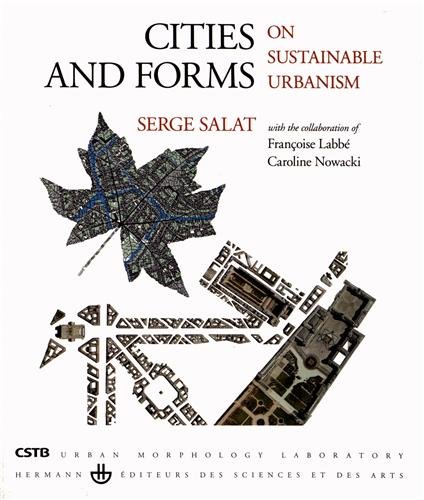 Cities and Forms probes the crucial issue of the shape to give to sustainable cities in the future. It
unfolds a rich mosaic of two thousand years of urban history in the East and in the West through
1,200 drawings, city plans, and photographs, all of which is correlated with thousands of results of
original analyses for a wide range of urban textures, from Siena and Venice to New York, Brasilia,
Tokyo, Beijing, and Shanghai. Cities and Forms also features a detailed comparative study of
Haussmanian Paris and Le Corbusier’s Radiant City, and an in-depth analysis of Chinese cities.
This book provides a measurable scientific dimension to such essential notions of sustainable urbanism as density, connectivity, functional mix, and accessibility, by exploring the qualities of historic urban fabrics. Readers will become familiar with organic patterns, grids, transformations, and the hidden order and fractal symmetries that connect urban scales, and endow the city with a
meaningful, human order, which fosters social integration and cultural diversity, appropriable by
residents but at the same time structured like an ecosystem. Morphology appears in this book as the
key lever for cities to adapt to climate change. It enhances efficiency by cutting energy consumption
in half. The connectivity of its networks reinforces urban re-silience, on the model of such natural
structures as the hierarchic, intensely connected network of nervures in leaves. Cities and Forms develops a method of urban composition founded on perceptive qualities, and the design of public spaces, squares, streets, and visual sequences. It forms the bases of a return to the city as a place of memory and history, and of a controlled relationship between the urban fabric and building typology. By the abundance of its new findings, its methods and its concrete application of complexity theories, this book is of utmost importance to architects, urban planners, decision-makers, and anyone eager to understand sustainable cities and contribute to their development.