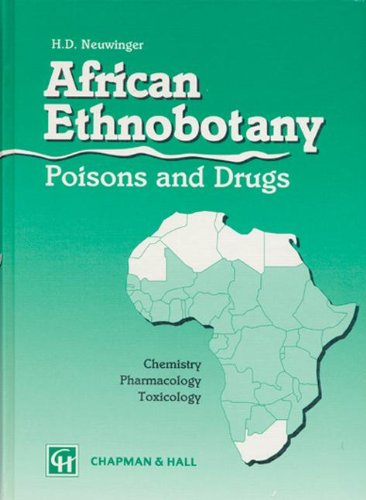 The use of poisonous plant extracts for weapons has no greater tradition anywhere on earth than in Africa. They also are a possible source of medicines. In some countries, arrow poisons continue to be utilized, especially for criminal purposes, in tribal warfare and in preventing the depredations of wild animals. On the other hand, the respective cultures are absorbed to an increasing extent by modern urban civilization without other records of their traditions, apart from the oral ones.
African Ethnobotany: Poisons and Drugs is the first work that comprehensively reviews the chemistry, pharmacology and toxicology of this plant group, which provides hunting poisons and drugs.
This book gives the basis for further research. For each plant, the botany if given followed by numerous names in the various African languages and dialects, the use for arrow poison with its composition and distribution, often with very interesting information on ethnological and cultural aspects, the traditional medicine, detailed chemistry, pharmacology and toxicology as well as numerous literature references.
This book is valuable in study or research in botany, chemistry, pharmacology, and toxicology.